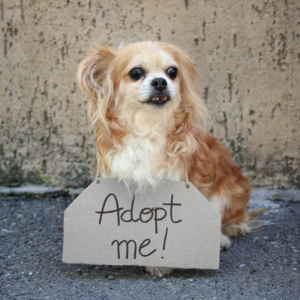 Is adopting a shelter pet the way to go? Does adopting an animal really make that much of a difference? For some, the answer is simple and automatic. For others, it’s not.

A little over 13 years ago, my family faced these exact questions. Our first dog had passed away. He was one of those Heinz 57 dogs. You know the ones I’m talking about.

When he passed away he left a void that, to me, felt like the size of a small crater. Coming home without him to greet us when we came in the door, seeing the spot where his bed was kept — now sitting empty — felt like a wound that wouldn’t heal.

Everyone’s grieving period is different, but two months of feeling emptiness when I came home was enough for me. I needed another dog. A discussion with my parents revealed they felt the same.

Then came the aforementioned questions. Our first dog had just kind of fallen into our laps. A dog of someone we knew had an accidental litter of pups, so finding him was easy. We’d have to do a little more work to find dog number two. My parents wanted a puppy. I wanted to adopt from a shelter. Finding a middle ground was going to take some work and research.

13 years ago, I was working my first job in animal care. I knew of puppy mills, but the image in my head was that of animals in unsanitary conditions and cramped cages. Research opened my eyes to the different types of puppy mills that were out there.

After our research, we agreed adopting from a shelter would be the way to go for us. Though we still wanted a puppy or a very young dog, we didn’t realize all the advantages that would come with adopting an animal from a shelter.

Did you know the vast majority of shelters won’t adopt animals out until they’ve been spayed or neutered, unless there’s a medical reason to not do so? That’s potentially hundreds of dollars saved for you. They’re also most likely already fully vaccinated or as up-to-date on vaccines as they can be, depending on their age and length of stay in the shelter.

Depending on the shelter, they may have even been given a dewormer and flea and tick preventative. If the shelter has any medical or behavioral history on the animal, they’ll disclose that at the time of adoption as well.

Does all this mean the animal will never have medical or behavioral problems? Of course not. But you get a ton of information about the animal right from the start. If you get an animal from a mill, or even a reputable breeder, they most likely will not be spayed or neutered, and they might not even be started on vaccinations.

There’s also the emotional aspect of adopting an animal. This may seem obvious — the animal you adopt 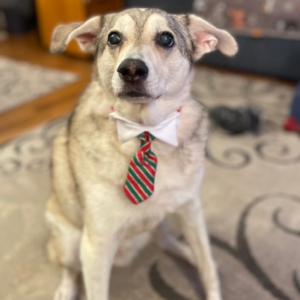 no longer has to spend their time in a small cage or kennel — but there’s an emotional aspect for you as the adopter, too. You will always be the one who changed that animal’s life and gave them their forever home. It creates a bond that you will always feel.

My family ultimately did end up adopting our second dog from a shelter, and yes, he was a puppy. He recently celebrated his 13th birthday. When I walk in the door, he’s always there to greet me, even if he is being snobby and turns up his nose at me as soon as he smells the animals from the shelter on my clothes. He made our home complete once again.

April 30th is a day every shelter anxiously anticipates each year; it’s National Adopt a Shelter Pet Day! It’s a day when the spotlight is on the animals in their care. It’s a day when hundreds of animals find their soft place to lay and spend the rest of their days. Is it the way to go for you? That depends on what you want, but I can tell you this: it most certainly makes a difference — and not just for the animal, but for you too.

Learn more about the animals in our care and make one yours today at https://humanepa.org/adoption/.