The Healthiest Way to Serve Vegetables and Data: Raw

December 21st, 2018 | Posted by KMdirector2* in Uncategorized - (Comments Off on The Healthiest Way to Serve Vegetables and Data: Raw) 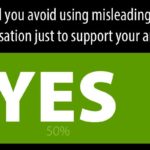 We approach the time of year when animal welfare organizations start sharing their annual animal data.  That means it’s the time of year when I start getting frustrated and annoyed when shelters don’t share their raw data.  Raw data is exactly that, it means getting the numbers without them being “cooked.”

As shelters we may operate and report our numbers as we choose, as long as we can continue to get the support we need to keep the doors open.  We all define terms like “save rates” and “positive outcomes” in different ways.  For example, when we say we “save” 90% or more of our animals, we qualify that as treatable animals.  We exclude some animals from those we consider treatable.

But we also report our raw numbers.  We show every single animal entering and leaving our shelters, regardless of how.  We also post a detailed description of every term we use, so you know what we mean when we save “treatable,” “untreatable,” or “positive outcome.”  You and the rest of the public can analyze both our raw data and our contextual data and reach your own conclusions.  Some states, but not Pennsylvania, require this.  We’ve been doing this for 15 years and was among the first in PA to post these numbers online.  It is the only honest way to report numbers.

Some organizations only report their “save rates” with no numeric values at all.  That’s not only meaningless, it’s dishonest.  There, I said.  It’s dishonest and deceptive.

Saying nothing but “90% Saved!” without defining what saved means, or noting how many came in or went out, tells us nothing.  Were 9 out of 10 saved or 900 out of 1,000?  Both are 90%.  Did we include every animal or just those that are savable?  That would be like a store having a 50% off sale without telling you the price.  Maybe it’s a good deal.  Or maybe they just always charge a lot and 50% off is still worse than the store next door.

Pennsylvania should mandate consistent, transparent, and complete reporting.  Until it does, we should demand it, of ourselves and of other organizations.  I’m not saying organizations intend to be dishonest, but some do.  I’m not saying it means we put up numbers we are not always happy with, we do. I’m not saying reporting it’s not a major pain in the butt, it is.  Heck, I always run later in posting than I want to because we have to pull together all the data, double and triple check all the numbers, convert the files, etc.

But if a dummy like me can do it, so can everyone else. We deal with lives and the public deserves to know the reality behind the work we do on their behalf and with their money.  If we don’t deliver that transparency, we deserve their mistrust.