More animals die in animal shelters each year based on being unidentified strays than for any other reason. Fundamentally, any animal that enters a shelter as a stray and doesn’t get back into its owner’s arms swiftly is at huge risk. No matter the reason it is ultimately killed – lack of space, illness, behavior – the original cause is that it didn’t go home. 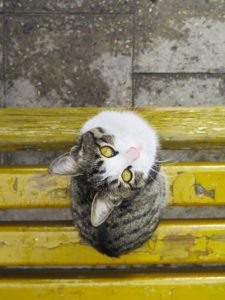 There is no easier way to identify your pet than with a tiny, safe, cheap microchip implanted under its skin and registering that chip with a national database. It can’t lose a chip like it can a collar. Every shelter and most police departments now have universal scanners. Most microchips come with free registration of your name and address. All vets and most shelters offer microchipping services.

Universal microchipping could save the lives of hundreds of thousands of pets each year in American shelters. Humane Pennsylvania thinks it is the single most important thing you can do to avoid preventable death of your pet. That’s why we incorporated it into our groundbreaking Healthy Pets, Healthy Lives initiative as a cornerstone of the program. It’s why we microchip every pet adopted from us.

In fact, we think it’s so important we have made it free to all. This month, Humane Pennsylvania and our animal hospitals started providing all clients’ pets with free registered microchips. Zero charge.

All vet clients will be offered a free chip during a regularly scheduled exam, treatment or surgery. Any client utilizing our newly expanded ultra-low cost sterilization services gets a free chip during surgery. At any of our Healthy Pets, Healthy Lives community clinics, microchips will be offered to all for no charge. When our new Berks County shelter is built and operating, we will be working on a program to allow for walk-ins to receive on demand microchip services. 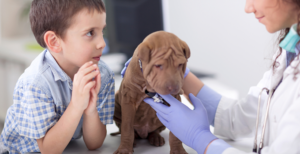 Our goal is to implant an additional 20,000 microchips in Berks County pets (as part of our recent Giorgi Family Grant) in the next three years, with the greater goal of ensuring that 100% of Berks and Lancaster County eventually have microchip identification.

We project that increased microchipping will result in fewer strays lingering in shelters because their owners can be identified. The closer to universal we can get adoptions of this type of ID, the fewer and fewer the number of unclaimed strays will be. That will free up space for truly homeless animals. It will decrease the burden on animal control agencies. It will decrease costs for municipal and state governments.