If ever you had any doubts about microchipping your pet, let Peaches’ story change your mind! 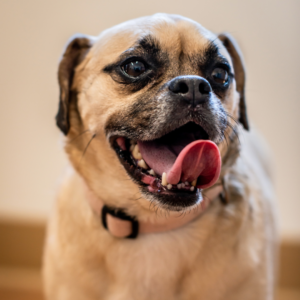 Peaches, a five-year-old spayed female pug, was surrendered to the Freedom Center for Animal Life-Saving last week after a construction worker found her onsite, wrapped in a blanket outside with small bowls of food and water. The worker brought Peaches to the Freedom Center in Berks County, where she was immediately taken in and cared for – the shelter staff made sure to check for a microchip right away as part of the surrender protocol.

Luckily, Peaches was microchipped and they were able to locate her owner’s information through HomeAgain within a few minutes. Upon contacting the owner, the Freedom Center staff was taken aback. The owner emotionally explained that Peaches was actually stolen from her three years prior and she thought she’d never see her again! Freedom Center staff quickly made arrangements for the owner to come in and see Peaches and assist her as much as possible with this sudden news. The owner came into the Freedom Center the very next day to confirm that Peaches was her dog. 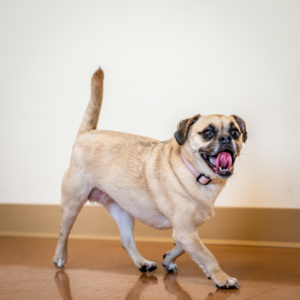 challenges with her current living arrangements, she made peace knowing that Peaches was doing well and was in safe hands at the Freedom Center. Although Peaches and her owner didn’t head back home together, the closure made possible because of that microchip is why it’s so important. Think of that scene in Cast Away when the wife realizes the husband she thought she lost forever had survived the plane crash and was, in fact, alive. While life’s circumstances couldn’t allow them to be together, both found peace in knowing that the love they shared was real and they no longer had to wonder.

Unfortunately, stories like Peaches are more common than you might think; animals become lost or stolen often, and most end up not being reunited with their owners simply because they aren’t microchipped. Microchipping your pet could truly save its life. By completing this quick and painless procedure, you’re ensuring that your pet will have a stronger chance of finding its way home.

Schedule an appointment to microchip your pet at https://hvhospitals.org/contact-us/.