The world of animal welfare has changed a great deal in the past few decades.  Unfortunately, “Big Philanthropy’s” view of our work hasn’t changed with it.  Despite the fact that animal welfare is now a diverse sector of charitable endeavors which help a broad spectrum of people- not just animals-  foundations, government, and united funds still have an antiquated perception of what many of us do, how we do it, and for whom we do it.

Their view is as old timey as the title of this blog.  I’d like to take a moment to make a case for why it is time for that view to change. 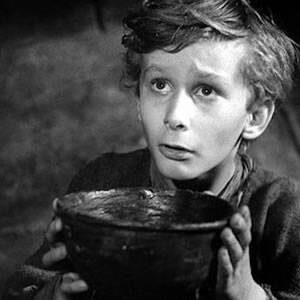 For many years animal welfare has been lumped into a sector of the charitable world referred to as “Animals/Environment”.  Most funding organizations don’t give to this sector because they consider themselves “Human Services” funders.  The same is true for most government funding.  The idea was that taxes and charitable funds were intended for people, not animals.  Since animal welfare organizations just helped animals, we couldn’t access the pools of funding out there for people in need.

That may have been a valid case 30 or 40 years ago, when most animal welfare organizations were primarily or exclusively animal shelters.  Saving an animal from homelessness really only saved the animal, the “Who Saved Who? (with paw print)” bumper sticker aside.  There has always been a case that animal control work was a human benefit- ask the person who didn’t get rabies from that stray cat or bitten by that stray dog- and we made it strongly for the past 25 years, largely to no avail.  Government has always operated under another old timey adage: “Why buy the cow when you can get the milk for free”?  And we always gave away the milk in the name of helping the animals.

But about 15 years ago the role and operations of what would have been formerly known as an animal welfare organization began to change.  Humane Society of Berks County, now Humane Pennsylvania, was on the national vanguard of this change.  We started to target our services directly at people, not at the animal.  We did this as pet “ownership” underwent a sea change in the US.  Overwhelmingly, the role of animals changed from pet to companion animal to family member.  More people and families had pets, but fewer of them at a time and for longer.

Pets were no longer disposable.  Euthanasia and pet surrender to shelters plummeted by 80% over 40 years. Like children, people began making sacrifices for them rather than sacrificing them during times of economic turmoil.  Even at the cost to themselves and their human families.  Humane Pennsylvania recognized that if we wanted to help animals stay in families, we needed to help people.  We changed our approach and began offering direct assistance that had a positive financial impact on families, as well as a health benefit for animals.

We were early adopters of the broad pet food pantry model. More profoundly we were leaders in moving to provide universal pet health care to the entire community, not just to those who could afford it.  While these things can seem almost uncontroversial now, when we started this work 15 years ago we got hate mail- not just from the community, but from other animal shelters.  The general argument was that if people were too poor to feed their pets or give them proper medical care, they shouldn’t have them, they should just give them up.

And we knew that, just like kids, people would keep having pets.  And, just like kids, they’d often do so regardless of the financial risk to their families and themselves, and that many simply did not have access to or experience with the normal healthcare and social services nets that many of us are fortunate enough to have been born into.  Humane Pennsylvania knew that if we could help a family in financial crisis save a dollar on pet food or veterinary care, they had an extra dollar to spend on their child, or food, rent or clothing.

Our animal service became a human service.  We flipped the model from helping animals in need and making people happy to helping people and making animals happy.  We became a family services organization.  Only our definition of “family” is a little broader. In large part our “animal welfare” sector has come a long way with this change. We no longer get hate mail from other shelters, we get asked to help them develop their own human oriented service models.

During the COVID-19 crisis the wisdom change has never been so readily apparent.  Humane Pennsylvania was immediately appointed by the PA State Animal Response Team, which operates under the Pennsylvania Emergency Management Agency during emergencies, to be the agency in charge of large scale pet food distribution across Eastern PA and beyond.  This was not food given directly to individuals.  It was major deliveries to human food pantries, to school districts distributing food via Federal lunch programs to students in need, to governmental operations.  To agencies and organizations focused on people, and who recognize that people come with furry baggage called pets.  When we help carry that furry baggage, families benefit in this crisis.

In the past month of the emergency declaration Humane Pennsylvania has distributed- from our warehouses, with our equipment, with our staff and volunteers- over 50 tons of pet food to these human service agencies.  From Philadelphia to Pittsburgh to the Northern Tier.  On top of being the sole provider of sick veterinary care in Reading, Pennsylvania’s 5th largest city.

You might think with all the money flowing from government to support emergency response we received some emergency funds for this work, or an emergency grant from one of our community funding organizations.  Care to guess how much we have received?  Not one penny.  We, and you as a private donor, has subsidized Humane Pennsylvania’s work.  After all, we are apparently just an animal organization, right?

This is why it is time for foundations, government, and united funds (including our local United Ways and community foundations) to reconsider how they view some animal welfare organizations in their giving classifications.  Some organizations, like Humane Pennsylvania, are fully invested in and directed toward human services as the central approach to our work.  Others have dedicated and highly effective individual programs which help people and deserve equal funding consideration.  This is akin to churches, which may not qualify for government or charitable funding as religious entities, but can still access service funding for specific programs and work.

But even during this crisis, when requesting charitable funds from foundations and United Ways, Humane Pennsylvania has been denied, often explicitly because we aren’t a “human service” organization in their view.  Despite the fact that we are providing support and supplies to the very same food pantries and school districts as they are.  There is a logical disconnect, and it’s unfair and is hurting families.

I do not wish to blame or point fingers, but in order to fix a problem, it must be recognized.  Sometimes that is uncomfortable, just as it was uncomfortable for animal organizations- for us- to look in the mirror and acknowledge 15 years ago that we were operating under a failing model that hurt animals.

That same self-reflection is needed now in the charitable community funding world.  The old category of “Animals/Environment” no longer applies.  Antiquated views of family and human services no longer fit the times or community need.  Berks and Lancaster County should take the lead by re-evaluating the funding barriers put in place two generations ago.

Our counties have proven themselves to be innovators who can see over the horizon, as Humane Pennsylvania has consistently done over the past decade.  Family/Animal organizations- a new category?- deserve a seat at the funding table and major funders can give it to us.  If they can see where our families are today, as well as where families will be over the horizon.

If they want to.

Your Partner in Family Animal Welfare,

P.S.- Until Humane Pennsylvania has equitable access to community charitable funding, we rely exclusively on your financial support.  Please make a gift today to help animals and families in our community.