The Mouse That Roared (and Voted)

An amazing thing happened recently in Western Pennsylvania. One of the very few politicians to vote against the wildly popular omnibus Libre’s Law, a major animal welfare/anti-cruelty victory, lost his bid to become a US Congressman in a special election.  In a district that skewed heavily toward his party’s advantage.  By 500 votes. 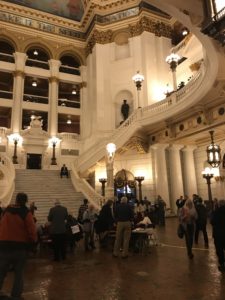 Now, when a loss margin is only 500 votes, everyone can and does claim to be the group votes that put the winner over the top. But if any constituency can take some satisfaction in this anti-animal welfare politician losing, it’s animal welfare voters.  Because they were pissed.

The person who beat him jumped on the animal welfare train with a vengeance- and he needs to be held to his promise to be his district’s pro-animal legislator in Washington. The politician who lost may have paid for standing tall in support of animal cruelty by refusing to vote for a law that passed overwhelmingly in a rare bi-partisan vote in Harrisburg.

There is a price to pay for being bad on animal welfare. There is a new third rail in politics, and it’s furry.  It cuts across party lines and the old trope that it’s only granola crunching hippie Dems who care about animals being demolished.  The ship of animal welfare is being lifted by Republican women voters.  Politicians are taking notice.

On April 16, 2018, I joined a swarm of citizen animal welfare advocates in Harrisburg for Humane Lobby Day. It was by far the largest group I’ve ever seen.  Politicians made time to meet with these advocates and some of them were a little less smarmy about these silly little animal issues than they’ve been in the past.  Not because they see it as an easy way get votes to pad their already gerrymandered vote counts. 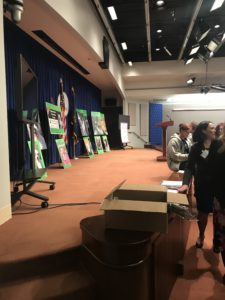 No, they now see this group of voting advocates as a threat, and well they should.  The power of a lobby is in swinging elections.  Educate, yes.  Advocate, yes.  But if that doesn’t work, vote the intransigents out and replace them with someone who sees things our way.  That’s a power lobby.  Just ask the NRA.  We’ve learned at the feet of the masters.

Humane Pennsylvania is a 501c3 charity and cannot endorse or oppose candidates for election (as a reminder, we are not the similarly named Humane PA PAC, the political action committee which can and does endorse candidates).  We welcome every elected official and every candidate to visit, talk, and learn what we do and how they can help us help animals.  Humane Pennsylvania can only encourage you to ensure that every candidate, from every party, starting in the primary elections, is a pro-animal candidate, so we can do our work to help animals better.

If you elect great pro-animal candidates in your party primaries, then partisans on both sides can go back to fighting over guns and taxes, like God intended, knowing that no matter which hard boiled gun lover or Prius driving pinko wins, animals won’t lose. If you keep letting them hear your voice, at the local, state, and national party level, in their offices, in the letters page of your local newspaper, or on social media, you will keep them worried about the price for turning your back on animal welfare and the voters who think it’s important.

We only need to point to Western Pennsylvania, where someone who turned his back on animals paid the ultimate political price.

Mark your calendar. The next Primary in Pennsylvania is May 15.  Who are you voting for and how do they feel about animal welfare?