Assuming the Best of People

The other day on the radio I heard a Philadelphia Councilwoman describe her inspiration for offering an ordinance which would require more trashcans. She used a well-known facilities management chestnut about Disney World having trashcans every 30 feet because Disney figured out that’s how close they needed to be to “keep people from throwing their trash on the ground” 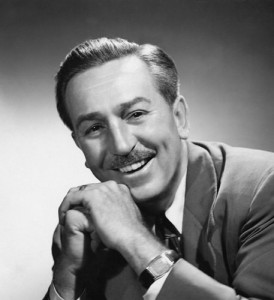 “It’s kind of fun to do the impossible.”

That’s not exactly how I recall hearing the trashcan story. The version I heard was that Walk Disney got a hotdog from one of his stands at the new park, walked while eating it, and when he was done eating it and was left with the empty paper tray in hand he said, “This is how far a trashcan needs to be from where ever a park goer gets food or drink.” It’s basically the same thing except the difference between Walt and the Councilwoman is that he assumed the best in people and she assumed the worst.

In her world, the absence of a trashcan meant a person would simply throw their trash on the ground because we are innately uncaring pigs. Without the can to cajole us into doing the right thing, we’d do the easier, wrong thing. In Disney’s world, he knew that a person wants to do the right thing, wants to throw trash in a can. By having one close at hand, he was helping us to do what comes naturally, and what comes naturally is to look for a trashcan.

This is a glass half full or empty world view with a real impact and one which we engage in all the time. Do we think teachers don’t want to teach and need to be forced to do their jobs or do we think they need the training and support to do what they want to do well? Or kids learning? Or criminals recidivating? Or politicians governing?

Or, in our world, pet owners properly caring for their pets?

For 100 years the animal welfare world has proceeded from the point of view that people default to bad. They will be bad caretakers, they will surrender pets, they will not claim strays, they will not provide veterinary care, and they will breed their animals unless we are there to steer them into going against their nature and actually doing the right thing. We, at every turn, insulted anyone with an animal, even those who did us the favor of coming to our doors to support us and adopt the pets in our shelters, by presuming the worst of them.

For the past decade Humane Pennsylvania shelters have been proceeding from exactly the opposite point of view. We’ve believed that people want to do the right thing by their animals- and ours- and simply need to have that natural instinct facilitated. We stopped proceeding from a starting point of, “You are bad and the answer in no unless you can prove to us you are not.” This difference in approach was expressed through specific changes in our programs and policies.

We recognized that people didn’t not get (grammar police, hush!) their animals sterilized after adoption because they wanted litters, they didn’t do it because it was inconvenient and sometimes even a small inconvenience can derail best intentions. So we simply starting sterilizing everything before adoption. If spay/neuter is SOOOOOOO important, why weren’t we doing it? Instead of thinking people wanted to discard their pets at the drop of a hat we looked at why animals were relinquished. If someone’s granny was sick in the hospital for a month, maybe they couldn’t keep her nasty little poodle and maybe surrender wasn’t the easy thing, it was the only thing. What if we provided them with emergency foster programs? If we had an animal with a health problem which wasn’t being adopted, what if we helped people make the decision to adopt by providing them with free or reduced vet care for the pet so they wouldn’t need to worry about the cost? If we were out of space, what if we incentivized adoptions by literally giving them away so people knew how important adoption right now was? What if we gave them access to affordable, high quality veterinary care for their own pets at home? What if we assumed that people in disasters might be able to care for their own animals if we just asked them what they need rather than essentially forcing them to give up their pets to emergency shelters? Or maybe if we just smiled at them and treated them like they weren’t secret sociopaths?

The list goes on and on. All of our approaches fundamentally come down to assuming people want to do the right thing and will, if we can just make it easy for them to do it, not easier for them do not do it, or do it someplace else, like a pet store or a puppy mill.

Increasingly, we are seeing others joining this fun new party where everyone is viewed first as friend, not foe. Some of the programs which we pioneered, or at least pioneered in methodology and implementation as many were secretly offering these pro-people programs on the sly like they needed to be a secret, are being emulated by organizations across the country. HSUS has Pets for Life. Shelters are routinely offering no cost adoption promotions. There is a whole organization which does nothing but emergency and military foster services, which is super cool (I did note with a chuckle that they claim to be “the ONLY”- why do we all feel the need to be the only? – organization offering these programs. We were recognized by the Harvard School of Government in 2006 for our PetNet program which was expanded from a domestic violence foster program to a full disaster/emergency/medical/military foster program in 2004, so maybe they aren’t “the ONLY”…).

But the one which warms my heart today is PETsMART Charities’ announcement yesterday that it was reprioritizing its grant programs away from just being sterilization centric and beginning to focus on community veterinary access. This is the cornerstone of Humane Pennsylvania’s approach to our animal welfare programs and we are the ONLY- just kidding, couldn’t help myself- we are one of the organizations which have been on the cutting edge of this new approach. OK, to be fair, we are the only animal welfare organization in Pennsylvania with a nationally accredited, public, community veterinary hospital, with our second hospital expected to be accredited later this year. That’s just too cool not to brag a little. And I hope that soon, accredited Pennsylvania non-profit vet hospitals will be nothing to brag about because they will be commonplace.

What is so awesome about this new approach is that it makes our work fun and exciting, not a total bummer because we view our work as essentially hopeless in the face of all these Philistines we are forced to deal with. Instead, it’s a party that everyone is invited to join in on: pet owners, government, other organizations, everyone. Welcome to the party, PETsMART! Grab a drink and let’s help people do what they want to do- take good care of their pets! Woohoo!

Walt Disney knew this. He knew that when you assume everyone wants to have a great time and do the right thing, you were half way there. Just a few well-placed trashcans and a smile could make it a magical day. He knew that every boy and girl wanted to be a Prince and Princess and they’d act like it if we led with, “Hello, Princess!” instead of, “You better behave, little girl.”

Finally, we in animal welfare are doing the same. This is going to be so much fun! And, please, have a magical day!