Well, enough preaching! Let’s get back to the 2018 State of Humane Pennsylvania follow-up posts!  One of the very biggest and best things that happened to Humane Pennsylvania in 2017 was to be honored with an amazing gift from a long-time supporter of the Humane League of Lancaster County.  Carol Culliton-Metzger, husband Richard, son Adam, and grandson Charlie, have made a multi-year, $500,000 commitment to the Humane League and our animals and programs! 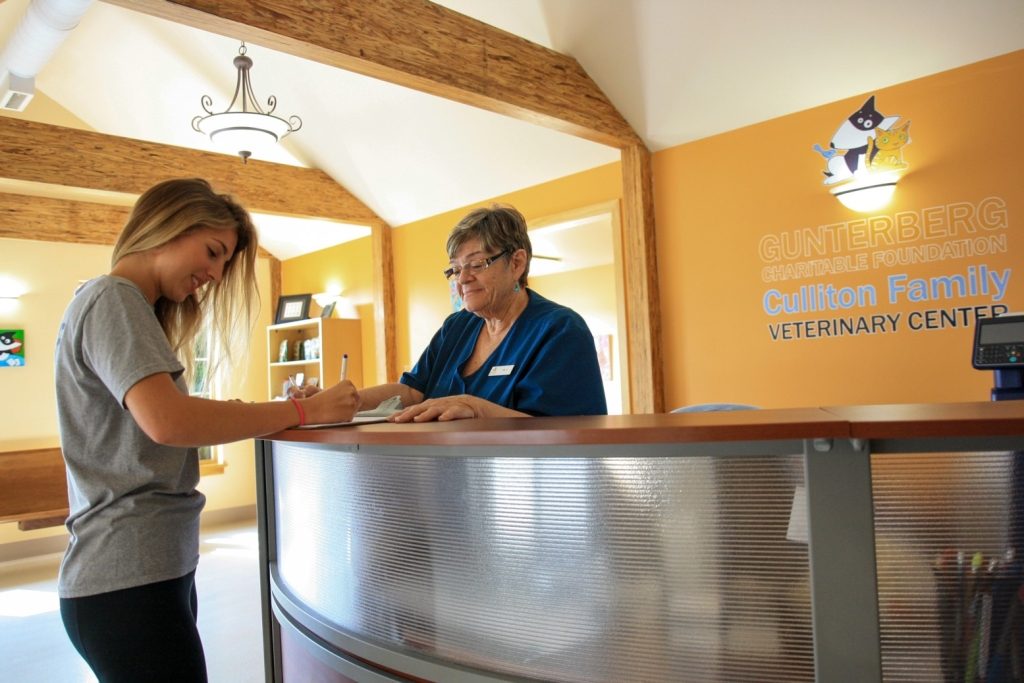 If that name rings a bell, it should. Carol previously donated $150,000 to get our nationally accredited Humane Veterinary Hospitals Lancaster operations up and running.  Thanks to that support we were able to expand veterinary services, purchase all our major medical equipment, and receive the first accreditation of a non-profit animal hospital ever in Pennsylvania (and only one of 19 in the nation!).  As a result, we have been able to increase the amount of services provided to animals six fold, providing 6,000 client visits a year, plus all medical services- about a half million dollars in care value- for our sheltered animals.

But the need didn’t stop there, so Humane PA and the Culliton Family didn’t stop there, either! We developed a plan that would double or triple our service delivery over the next three years, increase our organizational efficiency, improve the quality of animal care, and get more animals adopted.  Like all great plans, we had to pay for it and the Culliton Family embraced our vision and made the single biggest gift to that date from a living donor to the Humane League!

This gift will allow us to make some major and much needed changes. First, cats will be returning to the primary adoption center.  HLLC’s cat adoption center was dreamed up when the shelter housed 10,000 animals a year and built when it housed 7,000 animals a year, nearly two decades ago.  The sheltering world has changed since then and HLLC now houses fewer than 3,000 animals a year thanks to our relinquishment prevention programs, veterinary services, and changes in shelter intake demographics in the United States.  Having a separate cat building actually serves to decrease the number of adoptions and also increases the cost of operating our adoption centers.  Creating a dedicated cat adoption center in our primary building will save more lives and direct more resources to our animals.

We will also be creating new, dedicated dog adoption meet and greet spaces and making general improvements to the facility to make for a happier, brighter shelter space. This will help get more dogs adopted and improve the working conditions for our great staff and volunteers!

The space that is opened up by the creation of a new dedicated cat adoption center will allow us to expand our public veterinary hospital. Right now we are maxed out on space and staff.  More space and exam rooms will allow us to add additional vets and support staff and that will allow us to help even more animals!  Our goal is to at least double services provided to the community over the next three years (and tripling isn’t out of the question!).

All this will be taking place in stages over the Spring and Summer (and maybe Fall since some of this will require building permits, etc.) and we will keep you up to date with our progress. If you’d like to support these awesome upgrades, Brian Pinto, our spectacular Chief Advancement Officer, would love to talk to you (bpinto@humanepa.org) and maybe arrange a tour with us.

Can We Blackmail Our Way to No-Kill?

There is a predictable progression in the lifecycles of many open admission animal shelters. They start off with the world view that says there is nothing to be done about the animals that die in their shelters.  It is out of their control and everyone else’s fault, so they effectively stop trying.  They adopt as many as that can, throw up their hands, and don’t think beyond today. 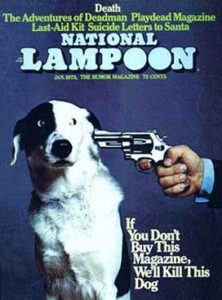 *Please see a note at the end of this post.

At some point these shelters often face some crisis of conscience. Someone in leadership just can’t take it any longer and tries to break the model.  Or there’s bad PR, or a push from municipal contract holders who are getting yelled at by tax payers for spending their money on a catch and kill contract.  When this happens, there’s usually two ways for a shelter to go.

The first is to actually make changes that do something concrete. This can range from changing programs, services, and direction, to changing the fundamental model they operate under.  Perhaps they drop animal control or they become a restricted admission shelter.  Usually once a shelter actually starts making changes and getting a positive result, they start progressing rapidly and drop the shackles of prior convention.

There is a common second model, however, and it’s been utilized for years. It’s the blackmail model.  It’s often used in a variety of ways when a shelter recognizes it has a problem, but can’t quite bring itself to believe that it is the problem.  These shelters still cling to the notion that the problem originates outside itself.  It’s the community’s fault.  It’s the bad pet owner’s fault.  It’s someone else’s fault.  The shelter can do better, but only if you and I do X, Y, or Z to make it possible for them.

This can manifest as the good old, “Fluffy has 12 hours to live unless you adopt her!  If she dies, it’s your fault!” Facebook posts.  Or cajoling the community that it’s their fault a shelter has a crummy building.  Or doesn’t have proactive programs in place to save lives.  If you’d just give, they’d be able to make the changes necessary.

This is a step up because at least it acknowledges that there is the possibility of improvement. But it is a continued abdication of the fundamental responsibility that starts with an animal shelter.  Humane Pennsylvania’s consulting division travels around the country helping shelters of all sizes, kinds, and success levels.  The ones that are the most successful are the ones most open to considering new approaches and implementing them now.  Not when the community comes around to seeing things their way or when the money comes in, but now, with what they have, in any way they can.

We’ve seen tiny poor shelters that accomplished what big rich shelters don’t. And the common thread among failing shelters is that when they lament their failures and you suggest one, five, a hundred things they could do right now to improve things for one, five, a hundred animals in their care, they push back.  They tell you why it’s not their fault and why it’s someone else’s fault.  The community.  The law.  The donors.  The shelter up the road who takes all their money so they can’t succeed.  Someone else.

I’ve been there. We’ve been there.  But then we moved to a new place.  You know what?  When you just do it, you find that you get the support you need.  You start to get the volunteers, the foster families, and the money.  And you get better at getting better.  But the community shouldn’t ever be held hostage to any shelter that says, “We will do better as soon as you volunteer, you foster, you give us money.”

We try hard to constantly improve because it starts with us. It starts with me.  Will your time and money help?  Yes! Most of what we do can be done better and faster with money and people.  But we hope you’ll give your support because you see that we would be trying to be better regardless.  You aren’t ultimately responsible for our success, we are.  And we are responsible for our failures and we can’t and don’t put that responsibility on you.

13 years ago we had a euthanasia rate as high as 70% seasonally. Since then we’ve brought it down to 2-8% for cats and dogs, if you exclude animals deemed “unadoptable”.  But why stop there?  This year we think we may reach the milestone of saving 90% or more of every animal who enters our shelter alive.  Massively injured, profoundly ill, a raging Cujo. Every animal.  This wasn’t even imaginable 13 year ago.  But it didn’t mean we didn’t try.  It didn’t mean we waited until we received the level of support we have now.

We started with next to nothing and next to nobody. Our success is what got us more resources and more people and even more success.  Shelters are only held hostage to their own lack of imagination and willingness to start making a difference now.

*Post script:  This post was written and scheduled prior to the latest school shooting.  This is an image that I’ve used before, and always with a little trepidation because it’s in rather poor taste.  But I use it because the reality of what animals face in shelters is worse than this picture.  And the 17 dead people in Florida were killed by a real gun, not a picture.  Ideas and images don’t kill people and animals, people do.  And umbrage and offense don’t solve the problem, action does.

Chuckling Into the Yawning Mouth of Despair

Sometimes you have a bad enough week to write 1,100 depressing words that culminate in an off color joke.  Sometimes you also have enough sense to delete those words and just include a couple comments minus all context.

Here is one: “There’s 106 miles to Chicago, we’ve got a full tank of gas, half a pack of cigarettes, it’s dark, and we’re wearing sunglasses.”

Here is the other:  “Cheeseface” and can one blackmail their way to success?

If you can’t laugh, all you have left is crying.  There.  Only 93 words and I feel much better!