While it seems like the focus in the effort to combat animal cruelty would be at the State legislative level, local elections give animal advocates a chance to make a difference in this off year election. On Tuesday, November 7, Pennsylvanians can cast votes for offices which can have a very direct impact on animal welfare policy.  Municipal officials, school board directors, and even local Judges of Elections might hold the key to bringing about changes at a state and local level. 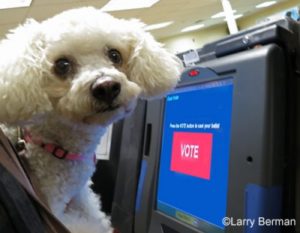 When it comes to actually implementing new anti-cruelty laws, it’s often local offices which can ensure they are taken seriously. Municipal Council, Township Supervisors, and local Mayors oversee local police departments and set the tone and enforcement direction for communities.  They often direct local wildlife management policy.  If these office holders view animal welfare as important and as part of ensuring a good standard of life in their community, animals will benefit.

School boards make curriculum choices which can sometimes involve use of animals. Many schools still do “egg hatches” in elementary school and dissect animals in high school.  Some use euthanized cats which are sourced from animal shelters.  Little Johnny may be dissecting someone’s dead pet in Biology.  And although Pennsylvania mandates “alternative” assignments if requested by students, often those alternatives require extra out-of-class work.  This is an obvious disincentive to students who might otherwise wish to opt out.  That’s why pro-science but anti-needless cruelty school board members can make a difference by ensuring that the intent of the law is followed and that high quality alternatives are considered.

And all those obscure offices, such as Judge of Elections or local Auditor, can have an impact, too. Fair elections are critical to making sure good, animal friendly candidates have a fair shot at winning.  Just how much does your municipality pay to have feral cats rounded up and killed?  A Township Auditor might be able to take a look at that number.  When these small local offices turn over, they apply upward pressure to the county political parties and they have a voice in choosing future candidates for office from the inside.  That includes future candidates who will run in 2018 State elections and who will be able to pass meaningful animal welfare legislation.

Laws are only as good as the enforcement they receive and prosecutions only as good as the trials they receive. Don’t forget to do your research on the District Magistrates, Commonwealth Court, and Supreme Court Judges running this November 7.  They decide these cases, both in first round trials and on appeal.  One of the biggest barriers to prosecuting pigeon shoots under current law is the result of a decision by just one Commonwealth Court judge in Berks County decades ago.  Judges matter.

You can change things for animals this Tuesday, November 7, by choosing local and judicial candidates who share your belief that animal welfare matters. Do your research now (you’re reading this on the internet- use it!).  Ask candidates where they stand and make an informed decision.  Make a plan to vote November 7 and do it.

Passing good laws is up to our legislators. Electing pro-animal welfare candidates is up to us.

Rumor and Sigh: Why Changing HSPO Training Agencies is a Bad Idea

Animal welfare is as much a realm of rumor as any industry. There is a rumor swirling around right now that the State Legislature and Executive Branch–or at least some in them–are considering a change in who provides initial and continuing education for Humane Society Police Officers (HSPO) in Pennsylvania.  Since the inception of the HSPO law, this training has been provided through a partnership of major universities (including Penn State) and Federated Humane Societies of Pennsylvania, a volunteer professional affiliation group made up of representatives from over 50 animal welfare organizations across the state. Disclosure note:  I am on the board of directors of Federated Humane, and Humane Pennsylvania is a member agency. 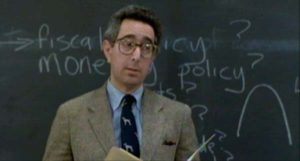 Not So Hot For Teacher.

According to the unsubstantiated rumors, the idea is to grant the training contract to a new entity and an existing individual entity, rather than a collective of organizations like Federated Humane or a major dissociated entity, like Penn State. In other words, instead of a coalition of organizations representing all types of communities ranging from rural to suburban and urban; and all types of missions ranging from brick and mortar shelters for companion animals to farm animals; and a wide range of mission beliefs and approaches, the training could be in the hands of just one organization.  One organization, representing one viewpoint, one region, and one approach. In my opinion, this is a profoundly bad idea, for a number of reasons.

Maybe the rumors are false. I hope so. But if they aren’t it means that behind the scenes discussions are being engaged in that could radically change how HSPO training is delivered in Pennsylvania and it will almost certainly result in a lack of trust, continuity, credibility, moderation, and fairness.  And that’s bad politics.  It could also be very bad for animals if the changes don’t go swimmingly.

I sincerely hope that the legislature and the executive’s office thinks long and hard before taking any action which could turn Pennsylvania into an animal welfare free-for-all.