Katrina’s Lessons: It Can Happen Here 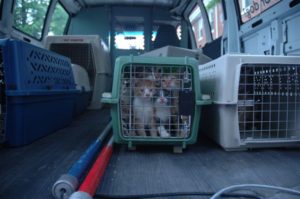 Mom and kittens rescued from Willow St. in Reading during major flooding in 2006, one of our first Berks CART activations.

Twelve years ago, I was in South Carolina attending a training with several staff and volunteers when Katrina hit the Gulf Coast. I remember watching the news coverage and seeing the first picture of a dog on a roof and texting back to the staff at Humane Society of Berks County:  They are going to start showing the animals, get ready for calls.

I was right. Coverage of the animals facing peril became almost as ubiquitous as the coverage of people.  It was clear that no plans had been made to help animals, or even people with animals.  Stories were told, perhaps apocryphal but probably not, that people had drowned because they refused to be evacuated without their pets or were turned away from shelters because they refused to abandon their pets.

And we received calls from our local and regional press, asking what planning we’d start doing in the event of a natural disaster or similar emergency.

What planning would we start doing?  Brother, we were way ahead of them.

The year before Katrina, the Humane Society of Berks County had already established the Berks County Animal Response Team (CART), which operates under the Pennsylvania State Animal Response Team.  We brought together our staff, volunteers, and local partners to begin the preparations for emergencies that impact pets and people.  These teams were very new at the time.  I believe only three states had state teams and there were only a few Pennsylvania Counties with CARTs.

CARTs are semi-autonomous volunteer response teams that operate under the umbrella of the State Animal Response Team, which in turn is activated by the Pennsylvania Emergency Management Administration (and in our county, Berks CART is activated by our Berks County Emergency Management Office). It is a highly effective and efficient private/public/government partnership that allows first responders to focus on people, while animal professionals and trained volunteers focus on animals.

Humane Society of Berks County was (and Humane PA remains) the only animal welfare agency in the State which took on direct control of their County CART. We felt it was an obvious fit- we had the resources, the knowledge, the trained volunteer base, and paid staff who we could assign to respond.  We also felt it was our obligation to be prepared for the animals in our community.

So when we were asked what we would do, we pointed to what we had already done, because we have always tried to look ahead to the next crisis we may face, not just deal with past problems.  Since the formation for Berks CART in 2004, we have been activated several times for storms, snow, and major flooding events.  We’ve operated shelters for animals and pioneered co-located shelters as standard practice (housing pets with their people instead of in separate shelters).

We’ve run shelters in other counties when their own county response was missing. Our volunteers and staff have been called to assist and manage response efforts following Katrina, the Joplin tornadoes, and Hurricane Sandy.  We’ve been asked to present our model to other shelters at the Humane Society of the United States national conference (coincidentally in New Orleans on the 10th anniversary of Katrina).  Our staff has served on other counties’ CARTs and planning bodies and we have served on the Board of Directors of the Pennsylvania State Animal Response Team.

As a result of Katrina, plans and protocols are already in place to aid animals and people in the Gulf Coast today. New Federal laws were passed requiring animals to be considered in emergency planning.  We’ve been quietly responding and preparing in our neighborhood, as well as helping in other regions.  We’ve built a stockpile of emergency materials, caging, fans, heaters, generators, food, and supplies.

But the enormity of Hurricane Harvey is a reminder that “the big one” could hit us and even with our preparations and experience, we will be woefully under-resourced. This is something we shouldn’t be quiet about.  Humane PA is currently in the middle of major organizational planning for next year, and years beyond that.  We have been discussing how we can undertake what we are referring to as preparation for a generation.  This means laying the groundwork to address the needs of animals for the next two decades.  The needs of today and the needs that will come down the pike tomorrow, next year, the next decade.

Emergency response is one of those needs. I hope that you will begin thinking about your emergency plan.  I hope you will support the organizations working to save lives in Texas by donating, such as GreaterGood, which is flying out animals from flooding shelters, thanks in part to the work of our good friend and PA’s own Denise Bash.  And I hope you will remember that being prepared means having strong local organizations like Humane Pennsylvania serving our Lancaster and Berks County communities- and beyond- and you support us as well.

We will be sharing our needs and plans very vocally in coming months. Until then, give, share, and volunteer.  And remember that we’ve been here, ready to help because of your support, all along. 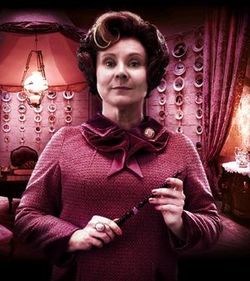 It seems like we have entered an Age of Umbrage, where you can count on someone taking offense to just about anything. This offense is most annoying when it has a tone of smug superiority and starts with, “Well I do this and you don’t blah, blah.”  There is a substantial segment of this in animal welfare.  All the people who did something first, or does something everyone else doesn’t do, wants to remind us that they were there before us and bought the tee shirt to prove it.

There is a particularly prolific practitioner of this who just publicly called out Federated Humane Societies of Pennsylvania, not by name, but close enough, and its member organizations for not picketing at the last couple of pigeon shoots in Pennsylvania. Since one of these is in Berks County, I’m pretty sure Humane Pennsylvania got stirred into this steaming pot of umbrage.

I won’t link to it, because I’ve finally learned that acknowledgment just encourages some folks.  And I inevitably end up being drawn into saying something stupid that lasts forever on the interweb.  But this group is one which loves to antagonize, engages in personal attacks down to the level of a person’s religion or children, has proven themselves to be a rather untrustworthy political and strategic partner, and is a group that puts some of its stock in being created by a reformed trophy hunter and fisherman. Some of us knew that killing for fun wasn’t right to begin with, but, hey, now I’m just being petty.

I’ll barely acknowledge the absurdity of implying that Humane Pennsylvania hasn’t taken on pigeon shoots, and we have paid a price for doing it. Just search “pigeon shoots” in this blog to read more than you’ll want to.  We went up against a DA who threatened to strip us of our police powers for attempting to prosecute pigeon shooters, we’ve lobbied our State House incessantly, and we generally haven’t shut up about them.  For a primarily cat and dog organization, we’ve done more than most.

But we certainly haven’t done more than all, especially if the bar being set by some folks is that we have to be there at every one, demonstrating, picketing, photographing attendees, and generally being obnoxious. Let me be clear – I love that there are people doing all those things and I hope they are as obnoxious as humanly and legally possible.  Pigeon shooters are immoral a-holes as a rule, and mostly aren’t even from Pennsylvania, who gamble on killing birds, and wave Confederate flags around because, you know…oh, heck, I have no idea what Confederate flags have to do with shooting pigeons.  Those people are just idiots.  If they don’t like having their faces posted on YouTube, don’t shoot pigeons.

However, when did taking umbrage at pigeon shoots and pigeon shooters, with which I can wholeheartedly join in, turn into faulting animal shelters in our state for not standing shoulder to shoulder with the protesters every time? When did my not going to a pigeon shoot equate to people actually shooting pigeons as a thing to be mad about?  Sure, these guys can think I should go protest.  I think they should invent a time machine and go back in time to stop themselves from killing Mako sharks for fun before they had their animal cruelty conversion.

I don’t get mad that I’ve never seen any of these protest folks cleaning our kennels or the kennels of any of Federated Humane’s members, do I? Were they there when Humane PA was giving out free lifesaving vaccines and veterinary service to pets in need?  Did they stand shoulder to shoulder with us when my staff and I left our homes during natural disasters to set up and man emergency shelters for pets in our region?  Were they in any of the meetings we had with our elected officials to lobby and pass Libre’s Law, or the Gas Chamber Ban Law, or the two Puppy Mill Bills?  Nope.  Maybe they were just being really quiet in the corner and I didn’t see them.  But we did those things to help animals in Berks and Lancaster and across Pennsylvania.  So did our fellow organizations.  Real lives of real animals.  They weren’t and aren’t here, we are.

That’s entirely OK. We must all focus on what we think is best, what we have resources for, and what we can and should focus on.  I’m glad they are out there for the pigeons.  Good for them that they drive a long way to stand there, even if standing there doesn’t have much of an actual impact.  I don’t fault them for not being here, where we are doing what we do.  Both of these efforts need attention and both need people to focus more on one than the other, otherwise neither will get much undivided attention.

But don’t get on the high horse of umbrage because everyone isn’t as single mindedly pure about your issue as you are. It’s your approach and your issue, not everyone else’s.  There are many people who could fault us both for not doing more for children, or veterans, or the rain forest.  They are just as right.

And please, don’t make your case in screeds that are wrapped in whining about who is getting all the money instead of you. Maybe you aren’t getting money because donors don’t think what you are doing is effective or something they want to support.  My organization, or HSUS, or some tiny upstate animal shelter, or anyone else isn’t stealing money from you.  We’re just doing a job that more people want to support than the job you’re doing, or at least how you’re describing it to donors, apparently.

Try just doing the job you’ve chosen instead of telling everyone else how to do theirs. There’s plenty of work to go around.