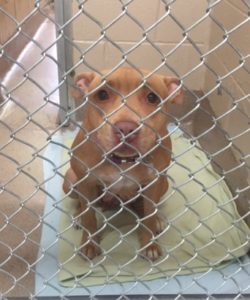 Yesterday Humane Pennsylvania received news that the Lancaster SPCA was on the verge of closing its doors to animals as the result of an acute fiscal crisis.  According to their press release today, effective immediately, no owner surrendered animals will be accepted.  In the coming weeks all strays will be turned away.  That’s a problem for the 1,000 to 1,500 stray animals which will have no place to go when the doors close.  That’s a problem for the community, which will have to figure out what to do with strays or how to find their own lost pet.  And, frankly, that’s a problem for Humane Pennsylvania, since we operate the only other major animal shelter in Lancaster County.

I won’t get into the sordid details of how a fight several years ago between the Humane League of Lancaster County (prior to its own fiscal crisis that ultimately lead to it being taken over by Humane Pennsylvania) and the City of Lancaster and Lancaster County municipalities over the cost of animal control intake services resulted in the ill-conceived creation of Lancaster SCPA under the control of well-meaning amateurs.  You can Google that for yourself.  I will simply leave it at today’s announcement was a predictable outcome.

However, we know something needs to be done to either allow Lancaster SPCA to continue to limp along or to find another, hopefully high-quality and sustainable alternative for stray intake services in Lancaster County.  Once Humane Pennsylvania was made aware of the issue yesterday, I immediately reached out to the Mayor’s Office in the City of Lancaster and offered to meet with their folks to discuss options.  The response was equivocal.  I hope that the City can set aside any bad blood it may have with the prior board and management of Humane League of Lancaster County before it was dissolved and merged into Humane Pennsylvania.  Humane Pennsylvania is here to work with anyone who wants to find a high-quality, equitable, and effective solution to the crisis about to face Lancaster’s stray animals.

However, we are not here to simply be counted on to open our doors to every one of these animals.  We can’t.  Humane Pennsylvania was asked to take over a no-kill shelter when it took over the Humane League.  That means it is limited access by design.  It is funded and staffed to be excellent as that model.  Suddenly becoming an unlimited intake shelter, unplanned, would overwhelm the Humane League’s resources and staff, and it would harm animals.

That does not mean that there is not a solution to be found and options open to our community.  Humane Pennsylvania operates a high-performing open door shelter in Berks County, our team has decades of animal control experience, and our consulting division works with animal control facilities around the nation.  We know what needs to be done to do the job well.  We also know what resources it takes to do the job right.  We welcome a chance to share our expertise with those who could benefit from it.  But we will say up front, we won’t hurt animals just so the job can be done on the cheap.

Maybe you are wondering why animal control is such a mess in Pennsylvania.  You wouldn’t be alone.  I have written at length on the animal control mess in our Commonwealth, so feel free to search for “animal control” in this blog for more than you’d ever want to know.  To shorten your read a little, fundamentally, I believe there are three primary causes of our quagmire, with three contributing factors.

Government won’t pay to do its own job and always chooses the cheapest option.  State law mandates that stray dogs are the responsibility of the government, state or local.  But you wouldn’t know that by how much finger pointing governments do regarding this responsibility.  Local governments want the state to handle strays.  The state pretends it handles strays by having a handful of underfunded and over-worked dog wardens pulling double duty on kennel inspections with stray pick up on the side.  The kicker is the state operates no impound facilities so even when a warden picks up a stray, they have no dedicated place to take it. The state used to contract with animal shelters but killed the grant program that paid for the contract several years ago.  This left shelters holding the bag with local government expecting them to do the job for free or cheap.  Since animal shelters and their humane officers and animal control aren’t viewed as “real” first responders, local governments treat them in a way they’d never think to treat their own police, fire or emergency workers.  This means little respect – and less money.

Some local governments are great, some are better than others, but most want to pass the buck and pay as few bucks possible for the bare minimum.  This results in animals not getting the care they require and deserve or the community getting the service they desire and expect.  That also results in damage to organizations who take on these lowest bid/lowest service contract agreements.  In some cases, it kills the organization, like we saw at the Lancaster SPCA.

Charities took on the government’s job (and still do).  If this is such a bum deal, why do shelters do it?  Because helping animals is what we are here for.  Since Women’s Humane Society in Philadelphia took the first animal control contract a century ago, we’ve all fallen into that model because we knew animals would face worse if we didn’t.  We helped animals, yes.  But we perpetuated a structure that ensured a better system was never put in place.  It was not until animal shelters started to face bankruptcy by providing these animal control services on one hand and faced the howling public who faulted shelters for killing so many animals – the obvious outcome of underfunded shelters and stray programs – that shelters started to drop their animal control contracts, just like the Humane League of Lancaster County and Humane Society of Berks County did in 2008.

But even as shelters drop out of these terrible service contracts, others form new non-profits to step in and continue the cycle of failure, just like Lancaster SPCA.  And local governments are more than happy to help them do it.  Why?  Because it’s cheaper than doing it themselves.  Until no charity takes one of these awful, deadly contracts and we all stand up and tell our elected officials, “Yo, this is your responsibility, pay for it!  Do it right, or we will vote you out and replace you with people who will!” we will repeat this cycle of crisis.  Animal shelters can’t continue to “help” animals by taking contracts designed to hurt animals because it’s cheaper than actually doing the job right.

We don’t view animal sheltering as a professional domain.  Animal shelters, and their Humane Society Police Officers and Animal Control Officers, are often viewed as jokes, run by puppy hugging do-gooders, in Pennsylvania.  This is often true, but that’s not always their fault.  What else will you get when that’s all you can afford?  This is not the case everywhere.  “Animal Cops,” armed, trained and employed by police departments are real things in other states.  Animal Control is a government service, taxpayer funded, with trained government employees in other states.  Impound facilities are government operated and funded in other states.  In many states these shelters are spectacular and surpass charitable shelters. (Google “Montgomery County Maryland Animal Services and Adoption Center”.)

If government won’t provide proper resources and support to non-profit animal shelters in Pennsylvania because the staff aren’t good enough, or properly equipped and trained, fine.  Then hire your own.  Or give us the money to do it and hold us accountable.  You can’t have it both ways.  For 100 years you have, and that’s 100 years too long.  And the non-profit industry has to stop pretending that dilettante amateurs who operate some shelters deserve to be considered professionals along with those who take their work seriously and have spent decades serving animals and the public.

There are also three contributing factors to this dysfunction that help ensure Pennsylvania doesn’t match up other states.

Contributing factor: The fractious municipal form of Pennsylvania.  Most states have fewer and more centralized seats of government.  Strong county government states means that more power, decision-making authority and money are in one place and one political body.  In Pennsylvania, each county may have 50-60 or more municipal bodies, all autonomous.  This requires a shelter which wants to provide animal control services to negotiate with scores of political bodies.  It’s totally unworkable.  Until the State comes up with a plan to either pay for or provide animal control on its own or force municipalities to pay a “fair share” amount, no equitable system of paying for animals control is likely.  Even when a municipality does pay more or provide more service, they have no incentive to provide that service to other deadbeat locales, and why should they?

In other states, like Maryland, where there are joint municipal animal control shelters shared by municipalities, you’re talking three or four, not fifty.  And those facilities don’t have to scrounge for donations – they just have to fight for budget allotments, like every other government department.  Our patchwork system of government and reliance on charity services is bad for animal control services and bad for animals.

Contributing factor:  No mandatory animal shelter reporting.  Pennsylvania also is increasingly alone in not requiring detailed public reporting of how many animals enter shelters and what happens to them.  As long as governments can hide the reality that animal control is so woefully underfunded that large percentages of animals simply get rounded up and killed, the public can’t rebel.  Why should our tax dollars go to catch and kill contracts?  As long as non-profit shelters can hide their real numbers, donors can’t rebel.  Why should donations go to places that don’t have to be honest about their outcomes?

Contributing factor: Dogs and cats aren’t viewed equally under the law.  Finally, one of the biggest problems facing shelters that provide animal control in Pennsylvania is that animal control laws only apply to dogs.  That means every contract here generally only applies to taking in dogs and only pays for taking in dogs.  The problem is stray cats enter shelters at a two- or three-to-one rate compared to dogs, and no shelter wants to exclude cats because dogs are the only ones being paid for.  It’s the thing that makes a shelter a shelter and not a breed or species rescue.  As a result, a contract which might pay on average $100 per dog becomes an effective payment of $33 or $25 per cat and dog.  $25 is not enough vaccinate, care for, sterilize, feed, and adopt an animal.  You know what it is barely enough to do?  Kill an animal.  And that’s why animal control shelters have higher rates of euthanasia.  Too often, they can’t afford the better alternative.

Other states treat cats and dogs the same and expect to pay for their care and keeping.  Until Pennsylvania recognizes that there are more strays than just dogs running around, we will have a huge hidden expense built into the system.

Each of these factors has and continues to play into the problem of sustainable animal control Lancaster County. We could address and overcome each of these issues.  But let’s be honest.  There is no will to do so.