When people think about running an animal shelter, they tend to focus on things like animal food, kennels, medical supplies, and the other things directly associated with the care and keeping of the animals. People often forget about all the other associated costs, such as electricity, natural gas bills for heat, trash pick-up, and the other costs of doing business. 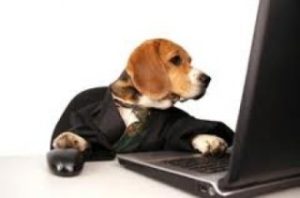 “Let’s look at your coverage.”

One of those major costs is insurance. Animal shelters have multiple kinds of insurance.  We have general liability insurance, for our events, for someone tripping and falling, or for the rare occasion of an animal biting someone.  We have workers’ compensation, in case any of those things happen to an employee.  We have officers and directors insurance to cover our board of directors.  We also have short and long term disability insurance and employee health insurance.

Some insurance protects our volunteers, both general volunteers and our board of directors. Some we have because it’s the right thing for our staff, such as health insurance, which HPA offers with a 1/3 employee co-pay, and the short and long term disability insurance, which we have to protect our staff from major injury or illness.  We aren’t required to have it, but without it we wouldn’t likely have the great staff that we have.  It’s not cheap, especially the health insurance.

But some insurance we are either required by law to have, such as workers’ compensation, or for all practical purposes we must have to operate, such as our general liability, auto, property insurance, etc. Excluding health and disability, our insurance bill will be $80,086!  That’s more than we spend on animal food and litter.  More than we spend on vaccinations.  It’s one of our biggest line items of our budget.

On top of that, the insurance comes with regular hassles. Because of several fairly minor events happening in one year, we had both our liability and our workers’ comp insurance companies drop us (because God forbid we should actually use the insurance we pay for).  The new companies, of course, cost more.  In addition to that, they come with weird prohibitions.  Last year we are prohibited from accepting pigs.  I suppose they had another insurer who had a pig bite and now we can’t take in a pot belly pig.  It’s absurd.  But it’s what we have to do.

[Important update:  Since this blog originally ran, Libre’s Law was passed which included a provision to extend the same civil immunity enjoyed by the police to cruelty officers and veterinarians!  The next paragraph is, fortunately, ancient history!] We’ve struggled with insurance for years, with a major notable instance of being sued for a cruelty case we successfully prosecuted at the request of the State of Pennsylvania. Unfortunately, on appeal when the case was handle by the County DA’s office and not us, the defendant was acquitted.  Under normal circumstances this would not matter.  Defendants can’t sue the State, the police, or the DA because of legal immunity extended to them.  But you can sue us in Pennsylvania because, unlike other states, our legislature hasn’t extended that protection to us, even when we are working on behalf of the police.  As a result our rates went up, we were later dropped, and we stopped doing cruelty prosecutions because we couldn’t risk it any longer.

I wouldn’t normally bring something this mundane to the HPA blog but we are making plans for what we can do for animals in the community this year and how many animals we can help. How much more could we have done with that $80,086?  So, when we are begging you for money, don’t forget the things we have to pay for that aren’t cute and fuzzy.  Like insurance.