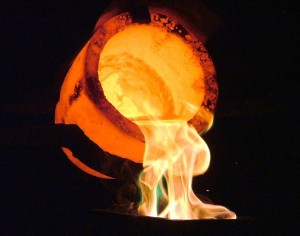 Twenty five years ago when I started in animal welfare I would never think of Pennsylvania as a particularly innovative place. Most people looked to New York or Boston or the West Coast.  But one thing that came along with the disruptive influences of the “no kill” model, technology, research, and social media, was a reimagining of what shelters could do.  Not just shelters in the broad sense but shelters as individuals.

We could suddenly focus on individual approaches and models. We were no longer in the cookie cutter, “we are THE shelter in this county and we must do things exactly like this because we always have” mold.  We could do what we wanted.  And we did.  In the past ten years especially, Pennsylvania shelters have become diverse and unique, both from one another and from others around the country.

Some, like Berks Humane and Lancaster Humane League, along with Pennsylvania SPCA and Delaware County SPCA, got out of the dog catching business altogether. Others, like Chester County SPCA built on and developed the animal control model away from being a mere dog catcher, while expanding their service areas.  Even among those who dropped animal control, the divergence expanded.  Lancaster Humane League move to a “no kill/restricted access model” more in line with the traditional “no kill models”  Berks Humane’s expanded veterinary offerings to drive an aggressive relinquishment prevention model while remaining an open door/open access shelter.

Pennsylvania SPCA moved into expanded statewide cruelty law enforcement. Delaware County SPCA brought the more expansive and aggressive no kill models of the North East US to Pennsylvania.  Bucks County went to a dual facility model.  Berks and Lancaster undertook a merger, uncommon among animal welfare organizations.  And all this is in just our five contiguous counties!

I’m obviously most excited about the veterinary model we have pioneered and aggressively promoted as a logical and effective means of helping more animals, if not being the future of animal welfare. This is much to the dismay of some veterinarians who fear the competition and in some places both here and across the country have actively tried to block non-profit animal hospitals.  Like the whale oil industry and the human healthcare market, which were long ago respectively replaced by petroleum or overtaken by non-profits and charities, these fears are too little and too late for a transition which is inevitable.

With two hospitals, one nationally accredited by American Animal Hospital Association, the gold standard among vets, and one soon to be when our new hospital opens in March, we remain at the cutting edge of this evolution. But we aren’t alone.  In the past few years we went from the only fully public practice in Pennsylvania to one of many- in Delaware, Chester, Bucks, Crawford, Pittsburgh, Philadelphia and probably beyond.  We are still the only AAHA accredited hospital in PA and one of only 18 nationwide, but others are gaining, following our model and pressing us to keep on our toes.

That’s progress and innovation. We demonstrate and inspire, then we look to see how others are improving on our model and we take those lessons to improve ourselves.  As I look around the Commonwealth, I’m actually surprised and proud of what I see.  It may have been a long time in coming, but progressive and innovative animal welfare in Pennsylvania is finally arriving. 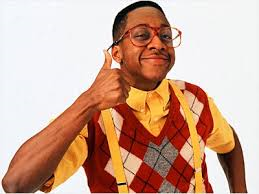 Would you adopt to this man?

Once again I let my mouth take the lead over the objections of my head.  Or maybe I just let what was in my head pour out through my mouth.  Either way, I have a tendency of saying something I know is correct, but I probably shouldn’t say it.  It’s why I’d make a terrible politician.  Or maybe not, the way this Presidential campaign is going.

Anyway, a reporter asks if we put people through the wringer to adopt like some places do and used an example of calling every landlord for every renter.  I said yes, we screen heavily but it is more conversational and delving, less checkboxes, and we tend to assume people are honest.  We ask if people rent.  Then we ask if they are allowed to have a pet.  Then we ask what they’d do if they weren’t allowed to have a pet (since, duh, people move).

We don’t rely strictly on the check box because that only works once.  People wise up.  It would be like the Mossad having a form at the Tel Aviv Airport that asks, “Am I a terrorist? Y/N.”  Maybe that first idiot checks yes, but after that the other ISIS guys are like, “Oh, that’s good, you almost had me.  NO, I am totally not a terrorist.”  What’s the follow up to that response?  Prove it?

No, that wasn’t the dumb thing I said.  I only thought that.

Then I said that doing things like landlord checks placed barriers in front of adoptions that might not be helpful.  What if it’s the evening, or weekend?  What if a perfectly qualified adopter who wasn’t smart enough to just check the “own home” box gets sent away because you can’t reach the landlord.  It’s easy to say that it’s better safe than sorry, but it’s not always the safest route.  The most dangerous place in America statistically for a pet is in a shelter.  Any shelter which euthanizes for space, ever, and stands tall on policies which decrease the chance of an animal going home is doing that animal a disservice.  Plus, these sorts of rules also disproportionately impact poor people, and that’s wrong.

I did say that, but that wasn’t the dumb thing, it was just stating the obvious.

Then I followed up with this (or close enough):  “And let’s be honest, if it’s after hours and the adopter is white and looks pretty well off, they won’t face the same level of screening as someone how looks poor or isn’t white.”  If you are following along, that’s the dumb thing.

But if those of us who work in sheltering are being honest, we know that those who aren’t white often face a special level of scrutiny and, yes, discrimination, when it comes to adopting.  Routinely, black men who want to adopt a pit bull are suspected of nefarious motives when the young, white female is not.  Routinely, Hispanics are viewed with suspicion because of their “known cultural insensitivity”, because, you know, cock fighting.  And I kid you not; the odds of an Asian adopting a cat without someone only half-jokingly wondering aloud in a back room about whether they will eat it are pretty slim in a lot shelters.  That’s not a bad joke, that’s racism at work, disguising itself as a bad joke.

People have biases and when groups are homogeneous, they often have the same bias.  Most shelters, certainly at the policy making upper management level, are run by white folks, and disproportionately white women.  The less different management and staff are from one another at a shelter, the more different everyone else will be to them.  We avoid inviting this gap and sometimes the gap of understanding that comes with it by having as diverse a staff as possible.  At Humane PA we actively pursue gender and racial diversity in our hiring.  We try to hire people with different backgrounds, we try to hire Spanish speakers.  In part because it allows our clients to see someone who looks like them across the counter.  In larger part it’s to make sure we have someone on our side of the counter who doesn’t carry the baggage of bias in the same way as I might or you might, and vice versa.

I will simply state that when a young black man who is not dressed like Steve Urkle tries to adopt a pit bull there is a fair chance he will be on the receiving end of some substantial adoption screening rule, fair or not, reasonable or not, in many animal shelters.  We owe it to our clients and our animals to make sure our policies are reasoned and reasonable and not the possible equivalent of the poll taxes or civics tests employed in the Jim Crow South to keep minorities from voting.  Jim Crow adoption policies are alive and well in animal shelters throughout the nation and Pennsylvania today.

Applying a good and fair rule to someone who doesn’t look like us is fine.  But some rules invite unequal application.  We must be vigilant against that inequality and we must be honest about what the goal really is and if the outcomes can be proven with data.  For example, we could not demonstrate that we had an increased adoption return rate from renters over anyone else, and it didn’t change when we went from doing landlord checks to simply talking to our adopters.  We did see an increase in adoptions- again, without an increase in returns rates.

If we are being honest, we have to acknowledge that it was a rule which didn’t do what it was supposed to do.  But we are rarely honest about things as sensitive as race.  That’s why I told the reporter, after thinking better of it, that he should feel free to leave out that part about race.  It’s true, but it just stirs up trouble.

But some trouble is worth stirring up.  Some good people are prevented from adopting because of bad policies and screening “tools” which disproportionately and negatively impact the poor and minorities, without a demonstrated purpose or positive outcome.  Sometimes, animals die in shelters as a result.  We can flippantly claim “better safe than sorry”, but if we can’t prove it, we are liars, even if only to ourselves.

Thinking race doesn’t play a factor in animal welfare in the country, certainly isn’t being honest.