Sound Bites and One Word Answers

It is really hard, in a complex world, to provide the one word or one sentence answers we might like to. Animal Welfare is rich with this paradox and with answers that are Yes, No, and ten minutes long, all at once. 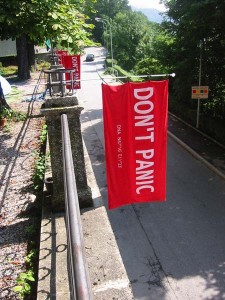 How many roads must a man walk down?

I just had a call with a shelter to discuss a new operations model they are considering. One of the committee members politely admonished that he was quite capable of processing one word or one sentence answers. And I love giving them, when it’s possible. But this committee member was asking questions about operations models that were akin to, “What is the meaning of life?” or “Does bleu cheese smell bad?”

Animal shelters have begun more effectively grappling with complex issues. For example, when I started over twenty years ago, the answer to whether pit bulls should be put up for adoption was a flat, “No”. One word answer, all day long. The false choice offered was that the only alternative to “no” was “yes”. In fact, this is the choice still offered by many on both sides of the answer.

Of course, the answer is, “It depends. It depends on the dog, the adopter, the family, the history, the community, the competence of the adoption technician….” That’s also the complex answer for whether Labradors or Chihuahuas should be adopted. It’s a gray, verbose world.

When asked, “Couldn’t we just apply management model X to the current operations instead of making an investment in future operations that are different,” My answer was both yes, no, and long, with multiple analogies. There we a lot of moving parts and when you are talking about millions of dollars and thousands of animals, a one word answer is the wrong answer to give.

I will admit that I also tend to answer what will or should be the next question while answering the first or answering the question that should have been asked. That can probably be annoying. But why waste time and language on an incomplete answer or an answer which doesn’t really move things along? We’ve got words, we should use them.

When someone asks, “Is that Pit Bull up for adoption?” I’m going to continue to answer the question they are really asking: “Can I adopt this Pit Bull?” Well, that might be a completely different answer.

But if you want the long and correct answer, listen carefully, and try to keep up. Because I’m quite capable of processing and transmitting complex and comprehensive ones.

All Things Must Pass: Saying Farewell to Two Satellite Facilities

One of the things I think Humane Pennsylvania is pretty good at is recognizing when it’s time stop doing something when a program or effort has run its effective course, its practical lifespan, or can be done better some other way. It doesn’t always make the decision easy, especially when we have an emotional and historical attachment. 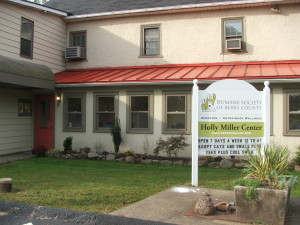 That’s the case with our recent decision to that it was time to close both our Holly Miller Center in Douglassville and our Deska Center in Phoenixville. Both of these locations were created to address vital needs: getting more animals adopted (especially cats) and to get our new veterinary service model out to the community. However, following the merger of Humane Society of Berks County and Humane League of Lancaster County, we’ve been able to do that some much more effectively and efficiently, in vastly greater numbers and at much lower cost, then we are able to using these satellite locations.

The toughest decision is certainly the Miller Center closure. When it opened in 2008 it was our first satellite location and it helped lead to our first milestone year of not euthanizing a single happy, healthy animal, and we never did again. The thousands of cats, dogs, and small animals which have been adopted as a result of the capabilities offered by this ground breaking facility have helped us move to being an organization that now manages to save over 90% of our animals, healthy and sick and injured.

We couldn’t have made the transition to our new lifesaving model without Douglassville. We couldn’t have made Douglassville a reality with the generosity of George Miller, who made a generous donation in memory of his wife, Berks County native Holly Miller. We are all deeply appreciative of the gift- and the woman who inspired it- to take our first steps toward breaking new ground in saving animals.

Phoenixville was always intended to be a short term endeavor, so while we will miss the wonderful Phoenixville community, we knew this day would come. The location was planned and leased just prior to our merger. It was intended to provide adoption and low cost veterinary outreach to an underserved community and was, in part, a recognition that the primary organization serving animals in Chester County was struggling and unable to serve all of their communities. Fortunately, there is new leadership in Chester County so the need for our presence is less acute. 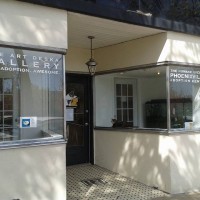 We were able to provide no cost veterinary and adoption services to hundreds of animals and we were able to partner with and assist other local groups, like the Spayed Club. We will continue to work in the community to provide no and low cost veterinary care to at risk pet owners through our Humane Veterinary Hospitals of Reading/Lancaster programs and staff, and we will continue to offer mobile adoption services in the area.

What is it about the merger which makes shutting down these operations the right decision? Everything. One of the major goals of the merger was to be able to reduce the costs of helping animals through increased capacity so we could help even more animals for the same charitable funds raised. We also wanted to be more effective at helping the animals we were not able to help in the past. We have done exactly that.

Last year we saw a 40% increase in the number of cats entering one of our shelters because other area shelters unexpectedly began turning away cats. We were able to absorb every single one of those cats and increased our adoptions to match the influx. In fact, we achieved a live out success rate of 87%, our highest ever, of not just healthy and happy cats but treatable and manageable sick, injured, and behaviorally challenged cats, too. This year our rate so far is 94%. Without closing our doors to animals we have achieved what is considered a no kill success rate for cats. It’s a stunning success.

Dogs and small animals have fared even better, with a 97% and 100% success rates. That’s because even though we may have received more, and increasingly receive sick, injured and challenging pets thanks to our great reputation for adoptions and having the only accredited, public non-profit veterinary hospitals, we are fixing the ones which couldn’t be fixed before, we can move animals to where they are most likely to be adopted, and we have the space to work with animals who need that extra bit of care and attention to become adoptable.

But the success at our primary shelters and hospitals just made it clear that the investment at the Deska and Miller Centers didn’t offer the same return. We may be doing better than ever, but we don’t have money to waste and if we can get four times the results for every dollar spent, we had to make the tough decision that it was time to stop. So while we know many, many folks liked these locations, many volunteered at them, and they were a part of the local communities, we hope everyone understands that our job is first and foremost to do what helps the most animals, most effectively, with the money donors entrust us with.

We have some plans for the Miller and Deska names, because we don’t want the generosity they shared with us to be lost just because it was time to change course on our facility plans, and I’ll keep you up to date. Thank you to everyone who adopted, volunteered, and donated at these locations. Know that even bigger and better things which will help even more animals and people are happening right now, with much more to come. 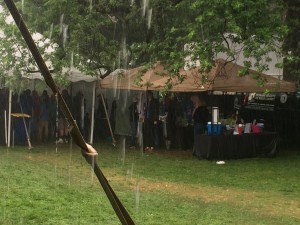 In the words of Tom Waits, a little rain never hurt no one.

It’s always nice to have perfect weather for one of our special events but sometimes spectacularly, memorably bad weather adds a charm of its own. The downright Biblical deluge we had last Saturday in Lancaster for the first of our 2015 Summer of Ska Pints for Pups events will not be one to be forgotten soon.

Despite the two inches of rain, being crammed under tents (and that’s why you always get tents!), and the pruney feet, I think we had one of the most fun and entertaining Pints ever (check out pix here). The beer selection was fantastic, with an especially good batch of Pennsylvania craft beer and a heavy presence of less common Euro imports. The entertainment was spectacular, featuring Washington, D.C’s legendary Pietasters (who have played with James Brown!). They were tight, into the crazy weather and venue, and even featured a guest player from the Mighty Bosstones, for good measure. 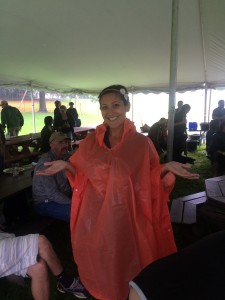 Our ever fabulous and ever smiling events manager, Sarah Valentine.

Most notable for me was the dedication and good cheer of our amazing event volunteers who got a little more than they bargained for this time but poured with smiles on their faces like the champs they are. Of course, the staff was stellar as usual, the local breweries who joined us had their usual friendly and knowledgeable reps (please see our beer list on the website so you can visit their locations and buy their beer as a thank you), and our sponsors who underwrite these events- both business and individuals- helped ensure that we didn’t just have fun, we generated vital funds for our mission.

If you missed it, you have your chance to join us at the next two Pints events in Reading and Pottstown in July and August featuring The Hempsteadys and The Snails and some new beers. If you were there, you should join us again, and bring some friends who are new to our events and our great mission work helping animals and people. 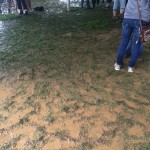 Woodstock had nothing on us, baby.

What’s the hardest working animal welfare organization in the business? Humane Pennsylvania! Now we’ll take you to the bridge!  Use your funk, stay on the scene!  We’re an animal saving machine! Ha!