A Culture of Philanthropy or Parochialism? (Redux)

At Humane Society of Berks County, we do pretty well on fundraising, especially compared to ten years ago when I started as Executive Director. We also do better than many of our peer charitable agencies in the region, both within animal welfare and in other fields. But I am not the first person to say that Berks County is a tough row to hoe compared to neighboring counties when it comes to fundraising. 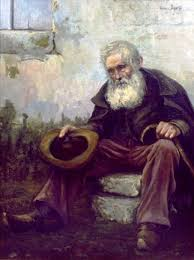 Of every contiguous county, Berks is at the bottom, second only to Schuylkill County, in both median giving and percentage of giving per capita. Those two stats are not about how rich or big the county is, they are about how generous Berks is when compared on an equal footing to other counties. Lots of people have asked why, but I think the reason HSBC has been doing better than average is that we have in part figured out the reason. It’s because Berks has been stuck in a culture of parochialism instead of one of philanthropy. And we’ve been stuck here because of the people doing the asking, not because of the people doing the giving.

We all talk about teaching children to be generous. We have community service requirements in our schools, we encourage Alex’s Lemonade Stands. It doesn’t matter what they are doing as long as they are contributing their time, service, and money to make a difference. But as soon as they grow up they get a different message in Berks County: We must give in this way, not that way. We must give to this group, not that one. Berks is oddly dichotomous. While focus tends to be singularly on Reading, there are two major hospitals close together and you are supposed to like one or the other. There are two major higher education institutions in town, and we should choose sides. There are even two competing billboard companies. Of course, there are also two major animal welfare organizations and for years we’ve all been expected to pick a side, like there are sides in saving animals’ lives.

HSBC has been very up front with one message for the past ten years. Please give. Please give to us. Please give to them. Please give to everyone. Don’t like us? Give to them. Just give. When you do give, we’ll say thank you. Whether it’s a dollar or ten thousand dollars. No bumper sticker, no free hotdog, just a thanks. And if you donated a painting worth $100 or gave a check for $100 or gave a check for $10,000, you get the same thanks because we know people give what they can. People have responded to that increasingly and I think it’s helped not just us, but other charities, too.

But the traditional model in Berks has been to look to the big money folks. Can we get Al Boscov to give us a million? It was the first question my board asked me ten years ago. My answer was, probably not, but I bet we can get a thousand people to give us a thousand dollars each. If we’re lucky, Mr. Boscov will take note and send a check, too. That’s what we’ve done. We’ve built a community of giving instead of holding our hands out to the top twenty philanthropists in town, which is unfair to them and to us. Unfair to them because the burden of giving falls on all of us and, based on our giving stats, we all fall short.

Unfair to us because when we hand that power over to a few, they use it as they see fit. When HSBC first considered a capital campaign we were told that we had to go hat in hand to get permission from the committee of the wealthy who would decide when we were allowed to ask our community for capital funds. Our local community foundation openly believes that charities can’t be trusted with large endowment gifts unless they are safe in their hands, not ours. When we hoped to ask our supporters to give to us through their United Way donations, we found that ours was one of the very few United Way agencies nationally which prohibits donors from directing their giving to a charity of their choice. You are required to pick from the list of a mere 32 charities they give you. These are great charities, to be sure, but why only these 32? HSBC gets donations from United Way chapters in nearly every county surrounding us and from around the nation, but not one penny from Berks County’s chapter.

Our community isn’t asked to just give. Please give to us; give to them; give to everyone. It is told how to give, when to give and to whom to give. HSBC and many other local organizations have simply been opting out of this parochial view of philanthropy. We ask for what we need, when we need it, and from whom we need it. We encourage giving and volunteerism on the part of anyone in support of whatever they wish to support because we know a rising tide floats all ships and giving is a habit that needs to be learned and fostered.  Until it becomes an addiction.

I recently saw a great example of just such a fostering in Lancaster County, which held something called The Extraordinary Give. It was a single day of giving in which everyone in the community was asked to give. All the money was given directly to any charity which registered, it wasn’t just put in the bank. Better yet, the big money crowd and the local community foundation matched the money given so that the average person was standing shoulder to shoulder with the wealthy in support of their common community. It made the giving something bigger than the gift, not something small or petty. Together the community raised $3.2 million dollars in one day and it is being swiftly and directly distributed to 260 local charities. Not a free hotdog in sight and no one telling us who deserves our gift.

If we want to know why we don’t give more in Berks County, let’s ask why we try so damn hard to control what is given? In this holiday of giving I hope you’ll give generously to HSBC. And to other deserving organizations locally, regionally, and nationally. No matter who you share your generosity with, I have one thing to say: Thank you.